IF YOU WANT TO TAKE THE ISLAND, YOU HAVE TO BURN THE BOATS 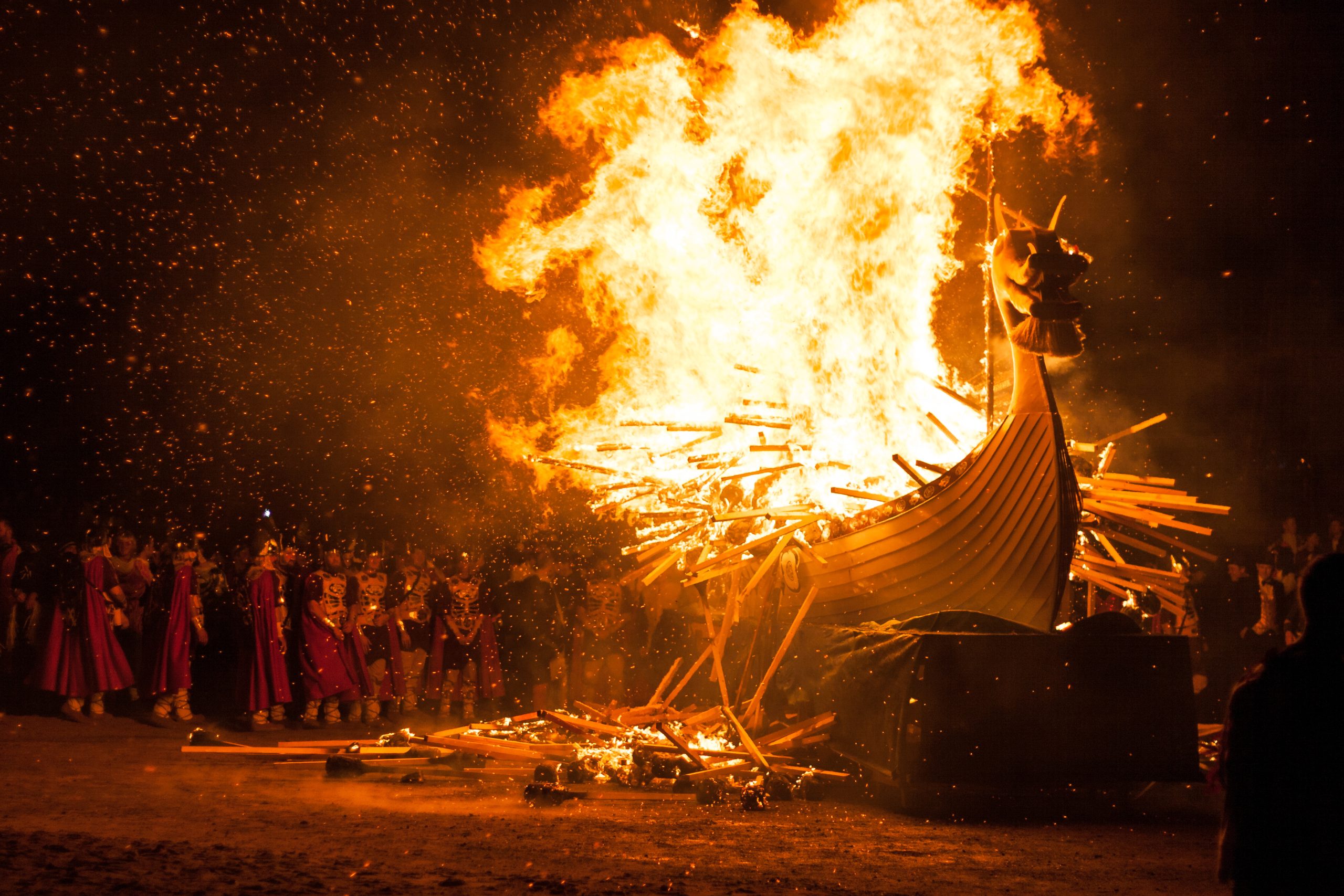 The boats are burning…

At the end of September my husband Lee sent me a cryptic text message in the middle of the day — “the boats are burning” it said. Immediately I knew what he meant — he was making reference to a Tony Robbins video that we had watched together a month or so earlier. (Please take two minutes to follow the link above and watch the video, otherwise the rest of this post won’t make much sense.)

About 30 minutes later another message arrived. It said “I’m being laid off. This is not a joke.”

The choice is made for us

For years we had dreamed about Lee leaving his job and joining me in my business. We had talked about “burning the boats” and putting all our time, energy, and effort into my business so that we could “take the island” and create an ideal life for ourselves. But both of us are pretty adverse to risk and we just didn’t have the nerve to pull the trigger. It felt irresponsible to walk away from the great pay and benefits he had. But In those two text messages, the decision was taken out of our hands the boats were burned for us.

There is a short list of things that I’ve always worried about and one of the items on that list has always been my husband losing his job. I liked being able to count on a paycheck being direct-deposited to our account two times a month. The predictability of his income made it easy for me to tolerate the uncertainty associated with my small business. I liked medical insurance that is mostly paid for by his employer. I liked 401k matching and six weeks of paid time off for him every year. I most decidedly did NOT like all that being taken from us.

We spent the first seven days after the layoff feeling anxious and angry. It quickly became evident that there just aren’t jobs available in our city where he would earn the living that we were accustomed to and we quickly dismissed either moving (we love Waco, my business is here, and we don’t want to uproot our kids) or him commuting a hundred miles or more each way to find a job that would pay as well (there just aren’t enough hours in the day for him to drive this much and still be physically and mentally healthy). This left us feeling stuck between a rock and a hard place and in a state of despair.

We were angry that years of outstanding work and loyalty on his part to the company had been rewarded with a pink slip. We both were laying awake nights and we had a couple of arguments with each other fueled by fatigue, fear, bitterness, and frustration over the unfairness of the situation. We don’t live a lavish lifestyle, but we were accustomed to being comfortable and having choices and we were very acutely aware of the fact that raising three kids who eat a lot, grow like weeds, turn up their noses at anything other than name brand shoes and clothes, and have aspirations to college and beyond is EXPENSIVE.

But once the dust began to settle I reminded myself that one thing that I know for sure, based on my own personal experience and observation of the lives of thousands of patients:

The story you tell about your life has a profound and very real impact on your circumstances.

We chose another reaction

We are vibrational beings and our thoughts, feelings, and beliefs dictate what vibration we emit. And just like the resonance from one tuning fork will cause other tuning forks in the vacinity to vibrate, our personal vibration affects our circumstances. I know it sounds woo-woo and cannot explain how this is so, but I know this to be a law that is as reliable as gravity. I knew that we needed to change our reaction to our situation, the story we were telling, and we needed to do it quick.

Fortunately my husband gave up on doubting my crazy ideas years ago and so he was game to play along. On the first day of the second week after the layoff my husband started work as my office manager and we made a pact that we were going to change the story that we were telling, both to ourselves and to others:

I will admit that at first we had to exercise our fake-it-till-you-make it muscles. For a couple of days I had to bite my lip a few dozen times when I felt the impulse to tell someone a tale of woe about my husband losing his job while inferior employees still had theirs. I had to exercise a lot of discipline to not give into worry when patients and family members expressed concern over our limited options. Lee had to figure out ways to gracefully bow out of conversations with his former co-workers when they wanted to commiserate over how they’d been screwed over.

I’ve often told my patients and kids that the most proactive thing you can do is to deliberately choose the best-feeling thought about the object of your attention at any moment and I knew that this was a graduate-level opportunity for me to practice what I had been preaching. But I also knew I couldn’t move from feeling a sick feeling of despair in the pit of my stomach to genuine joyful expectation all in one step. According to Abraham-Hicks, the key to making this transition without becoming overwhelmed with resistance was to take changing my thoughts gradually:

My specific negative thoughts were easy to tune into — my mind was buzzing with each and every bill that needs paying each month and mental tabulations about how we were going to manage that without Lee’s paycheck. Our kids were already grumbling about the fact that we were eating leftovers and were grimly resigning themselves to doing without the vacation we had tentatively planned for next summer. If I allowed myself free rein to follow that path, my mind filled quickly with dozens of very specific doomsday scenarios.

So instead of taking that path of least resistance, I promised myself that I would persistently move into more general territory with these thoughts. Rather than ruminating over the cost of all my kids’ extracurricular activities and anticipating their disappointment if we had to forego the things they’d come to take for granted or making mental lists of the dozens of ways in which it would adversely impact our lives if Lee had to take a new job a hundred miles away, I deliberately diffused my focus. I thought more general things like:

After a little while it wasn’t all that hard to start nudging my mental activity into a generally positive direction. I started thinking things like:

From there, I was able to take another leap to start thinking in a specifically positive way:

Almost like magic, the phone started ringing. New patients came out of the woodwork, old patients I hadn’t heard from in a while scheduled appointments. Within a couple of weeks we were almost overwhelmed with new opportunities. The remarkable thing about this is that we didn’t have to struggle — at all — to make it happen. Yes, we put in the hours and did excellent, attentive work. But the whole process was exhilarating as opposed to exhausting. We started to get really excited about what the future might hold.

It’s still a little hard for me to believe, but in the first month after Lee was laid off we more than made up his income and every month since then we’ve done the same. It hasn’t been easy — we put in 12 or even 14 hour days on the regular — but it has been empowering and fun.